What Does a Software Development Team Structure Like? All The Roles Explained

Home Guides What Does a Software Development Team Structure Like? All The Roles Explained
July 14, 2021 July 14, 2021 / By Ali Naqvi

Like most businesses, software development companies operate under a hierarchy.

Understanding that hierarchy can seem like a challenging prospect when you first start to understand it.

After all, it’s a profession that has people wearing multiple hats at different times.

We’ll give a brief outline of all the software development team roles and responsibilities.

There are thousands of software development companies operating online today. Some are legit, some are not so. How can you tell the difference between them?

Simple, instead of listening to them explain what kind of teams they have, you do your own research.

What’s the end benefit to this, you might ask? When you have an understanding of the processes, you’ll know who is doing what during your software development process.

This ensures accountability from the company’s end and helps you find the right company to work with.

Not only is this beneficial for clients who approach such companies, but also for people looking to hire developers for their business.

In the world of software development, there are two kinds of processes at play: the Scrum process and the traditional Software Development Life Cycle (SDLC).

Let’s see what both of these development models have to offer.

Scrum is a combination of principles and practices that help break complex projects into small iterations released in increments.

A good example of such a massive project is that of a B2B eCommerce store.

You have to develop multiple pages and then test them if they’re working, and you need to add products. Couple that with proper UI/UX design while at the same time, maintaining constant communication with the client.

You can’t do that all at once.

You need a proper process that takes iterations (phases) to finish. This is where a cross-functional team with varying degrees of autonomy and responsibilities comes in.

The main focus of each iteration is to ensure a working product and then developing it to become a low-risk, zero waste product that functions efficiently.

After each iteration, the customer is sent the product for review.

Developers love the Scrum method because it provides them with creative freedom.

It also reduces the development teams’ red tape so to speak, thus creating a self-managed platform with the right people as stakeholders at the right place.

A traditional team is traditional in the proper sense of the word. There are teams with a hierarchy with each individual reporting to a middle manager who, in turn, reports to the team lead.

While there is some red tape involved in this and members might be dissatisfied with the lack of creative freedom, it’s a controlled environment. In security-related projects such as government-contracted projects, such a development process has the potential to work smoothly since, at its core, it gives the user more control over the way a development process runs.

to clarify things, a software development team structure isn’t rigid but rather fluid. While some software development companies might prefer to call themselves “agile-based” or “Scrum-based”, they too will adjust their practices depending on the complexity of the project at hand.

Budget allocation, risk management, project implementation, contract management, and scheduling – these are just some of the hats that a project manager wears during a regular workday. Besides these activities, a project manager is also responsible for bridging the gap between the board of directors and his/her team.

The main job role of this individual is to ensure a project gives out maximum value. In the case of in-house software, it’s the value given to the consumer. For the other case, it’s maximum satisfaction to the client while maximizing profits.

Leadership and communication are the essentials of a team lead. They ensure performance levels are met and conflicts are resolved.

In a software development teams structure, there are external parties involved as well. These are people who play the role of consultants and provide their expertise to the project. They are more or fewer analysts that provide best practices on a project and help connect with external integrations and other hardware. Again, depending on the project, a tech lead could be a developer or a designer, or even networking professional. They are vital aids in the development process.

Also Read: How to Talk to Developers: A Project Manager’s Manual

These people are the jacks of the game. They are called “full-stack” because they have worked with, or have an understanding of both the front-end and the backend development workflows. Because of this, they can implement solutions that integrate the front and backend of the website accordingly without having a problem.

The front-end developer is one of the most exciting roles out there. A creative role mixing up design and development, a front-end designer designs user interface. It’s an important role that entails the individual responsible to know about coding, UI/UX, color theory, and design principles. If the front-end developer doesn’t perform his work correctly, then it could mean serious problems for the client or the company since the user count will drop off.

Now a front-end developer cannot work if they don’t have the support of the next job role.

The backend guru, or more professionally, the backend developer, is responsible for ensuring that the software is functioning correctly. They are the guys who ensure that everything “under the hood” is calibrated and working correctly. This ensures that the databases and code are working properly.

The quality assurance team structure is built to support the development structure by proofing any errors and bugs that may arise in the code or the project.

Those working in development are humans and humans make mistakes all the time. This is where the quality assurance teams come to the rescue by ensuring that all the problems are organized accordingly.

Now some companies have entire quality assurance departments while others have individuals attached to development teams that fill that role.

When it comes to the departmental level, QA’s come under a QA lead which ensures that each individual project is accounted for.

Within a software development company, you have QA’s who manually quality assure a product.

On the other hand, you have QA’s who are proficient in quality assurance automation tools and run it so it reduces the chances of human error.

These individuals are called QA engineers. Their end goal is to ensure that not even technical or human errors remain.

Depending on the project’s complications, a QA engineer can be employed on a project.

Within the QA team, you have testers. They are responsible for ensuring that the tiniest bits of details within a software project UI are maintained and error-free.

While the role is severely underrated, it’s worth noting that this software development role is just as much a part of the process.

The UI designer’s main job is to create the face of the website that the user visits.

This includes interacting with the client, noting down the needs and requirements, collaborating on the colors, and creating a mental roadmap of the design.

Then the UI designer goes about creating the design.

When the designing process is complete, a UI designer can collaborate with a UX designer and a front-end developer to finalize the design according to a clients’ requirements. 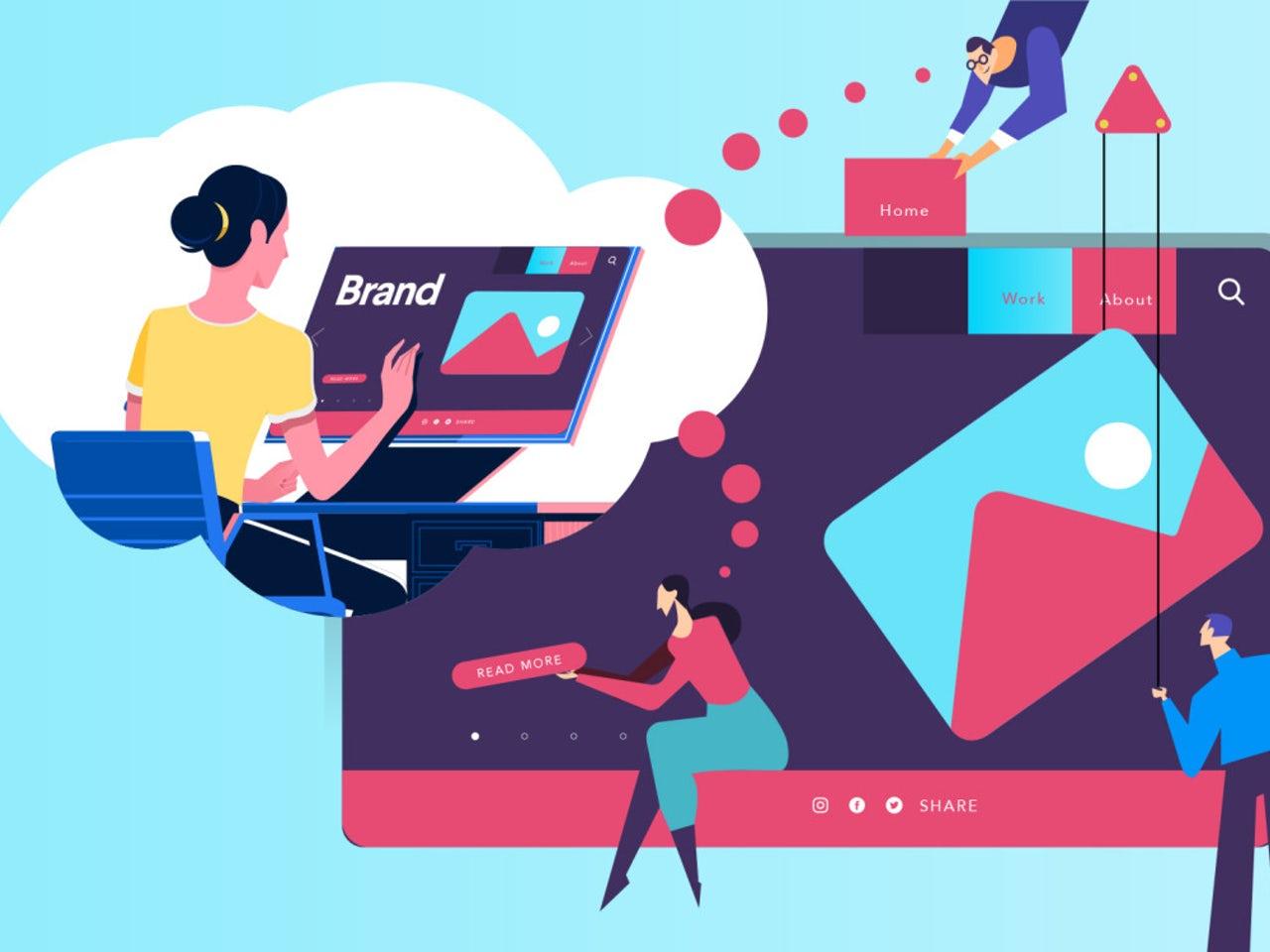 Usually, the UI/UX designer falls under the same category, but sometimes, the role is different from the UI developer.

The UX designer’s job is to see the best possible way a design can be interactive with users.

You want to ensure the best experience for the user, and a UX designer knows the ways to do that.

Finding A Team You Can Trust

This entire post went at length to show you all the parties involved in a software development process.

If you’re an individual looking to get their next software project up and running you need a team you can trust.

Fortunately, Codup is that team. With eight years in the business, we develop solutions that deliver high customer value.

on Clutch and Codeable